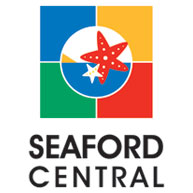 Seaford, located in Adelaide's southern suburbs is close to beaches and is one of South Australia's fastest growing areas, with a permanent population of around 15,000 residents. Prospects for the region remain strong with major infrastructure projects such as the duplification of the Southern Expressway and extension of the Noarlunga rail line to Seaford now complete. Seaford has been identified as one of the State Government's Transport-Orientated Development ("TOD") zones.

The Seaford Shopping Centre was purchased by PPI in late 2008. The centre has subsequently been re-named Seaford Central to acknowledge the centre's prime location adjacent the Seaford train station in the heart of Seaford's TOD zone.

Westland Shopping Centre was purchased in 1990 and was the first shopping centre syndicate put together by Harry Perks. The Westland Shopping Centre has been extensively redeveloped since 1990 and is now a 22,546sqm fully enclosed sub-regional shopping centre comprising both Woolworths and Coles supermarkets, Target discount department store, a Cheap as Chips Variety Store and 75 specialty stores including BWS, Liquorland, Dick Smiths, Australia Post and a large food court. The centre also benefits from over 9,000sqm of external tenancies including KFC, McDonald's, Hungry Jacks, Radio Rentals and Plus Petrol as well as a 3,356sqm office complex with predominantly Government tenants such as Services SA, Housing SA and Centrelink.

The Victor Central shopping centre was purchased by PPI in 1997. In 2008-10 Victor Central underwent a major redevelopment, such that the centre is now a 16,000sqm fully enclosed sub-regional shopping centre including Woolworths supermarket, Big W, Target Country and 55 specialty stores including Ned's Emporium, Dick Smith's, Liquorland, OPSM, NAB, KFC and a Plus Petrol station.

Mount Barker is one of South Australia's fastest growing regions, having enjoyed a growth rate of over 3 percent annually since 2001. Attracted by the semi-rural lifestyle on offer just 30 minutes drive from Adelaide's CBD, today more than 28,000 people live in Mount Barker and its surrounding hamlets.

Taree is located on the mid-north coast of New South Wales, located 130kms north of Newcastle between Forster and Port Macquarie. Taree has a population of just over 21,000 people. However, the centre services a total catchment of over 49,000 people. 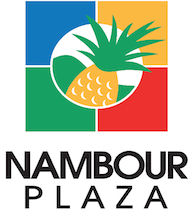 Nambour is located in the Sunshine Coast hinterland, approximately 100km north of Brisbane, and is home to almost 15,000 people. Historically associated with the sugar industry, Nambour today is a popular location for sea-changers, retirees and tourists and is also home to The Big Pineapple.

Nambour Plaza was purchased by PPI in 2009 and is a 11,282sqm fully enclosed sub-regional shopping centre comprising a Woolworths supermarket, Big W and 40 specialty stores including Prouds, Specsavers, Jay Jays and Rockmans.

Roxby Downs, located 570km north-west of Adelaide, is a mining town purpose-built to house and service the employees of BHP Billiton's Olympic Dam Mine and the services and trades that support the mine. Today Roxby has a permanent population of around 4,500 people plus a large semi-permanent (fly-in, fly-out) population.

Roxby Central was purchased by PPI in 1995 and has been substantially developed in stages. Today it comprises a 5,000sqm neighbourhood shopping centre anchored by a Woolworths supermarket and 23 specialty stores as well as a stand-alone 2,500sqm Mitre 10 hardware centre, 2,250sqm tavern and 2,600sqm Motor Inn.

Naracoorte is a regional hub in South Australia's south-east with a growing population of more than 7,000 permanent residents, many of whom work in the agriculture, forestry and fishing industries.

The Kincraig shopping centre was purchased in 1991 and contains a Woolworths supermarket and eight specialty stores including a Savings & Loan Credit Union. 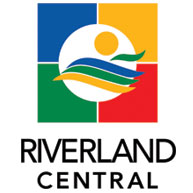 Berri is regarded as the commercial heart of South Australia's Riverland and is around two and a half hours drive from Adelaide. Berri has a permanent population of around 7,500 people.

The Riverland Central Plaza was purchased by PPI in 1993 and has been developed into an 8,610sqm fully enclosed shopping centre anchored by a Coles supermarket, Target and Radio Rentals stores, as well as 23 specialty stores including Specsavers, Just Jeans and Millers Fashion Club.

Located about an hour's drive from Brisbane on Queensland's Sunshine Coast, Buderim was historically famous for its ginger, but today Buderim is rated one of Australia's top "sea change" destinations.

Buderim Market Place was purchased by PPI in 2001 and is a 3,989sqm neighbourhood centre comprising a Woolworths supermarket as well as 16 specialty stores including Gloria Jean's coffee, Subway and Baker's Delight.

Greenacres Shopping Centre is located in the inner northern suburbs of Adelaide and was purchased by PPI in 1993. In 2003 the centre was expanded and is now a neighbourhood shopping centre comprising some 11,174sqm of retail floor space feature a Coles supermarket, a 3,000sqm latitude activity centre and 25 specialty stores including a Priceline pharmacy, Australia Post and Baker's Delight.